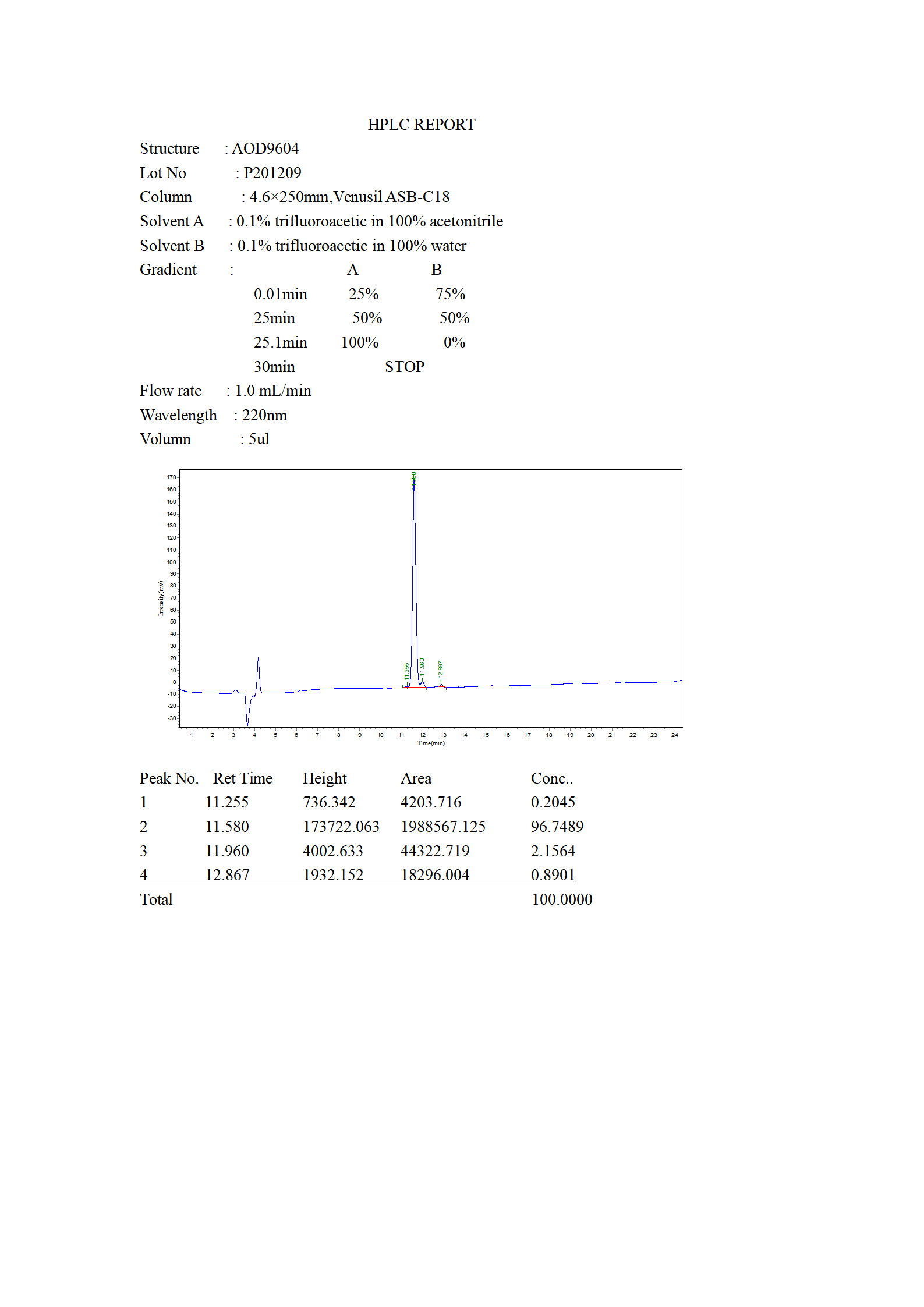 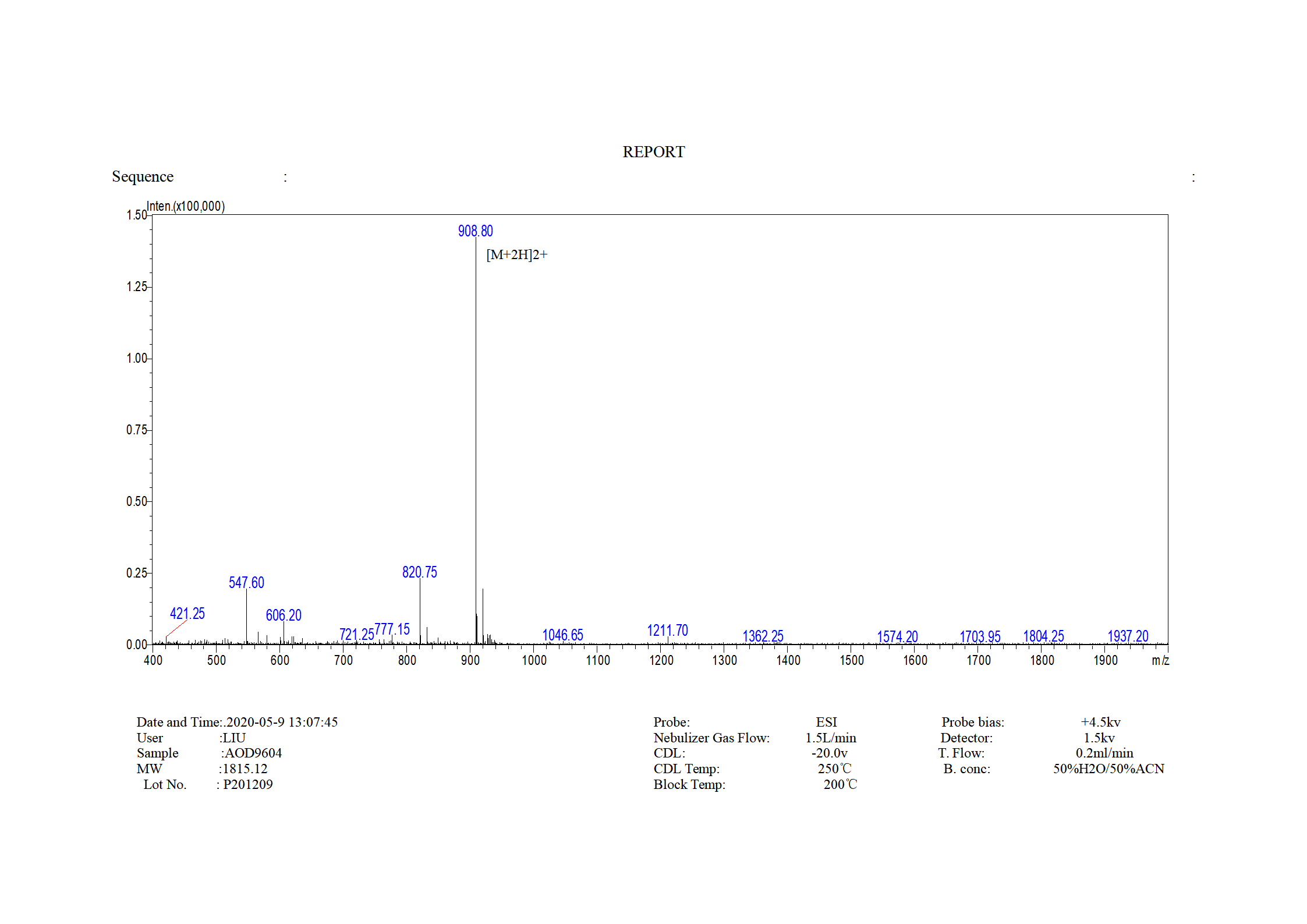 AOD9604 is a modified version of fragment 176-191, which is itself a smaller, modified piece of human growth hormone.

AOD9604 was originally developed as an anti-obesity drug due to its lipolytic (fat burning) properties. This peptide is valued for the fact that it has limited effects beyond fat burning. It does not appear to affect IGF-1 levels or insulin levels and therefore is not a risk factor in promoting glucose intolerance or diabetes. There is also no evidence that the body forms antibodies against AOD9604 as it is similar enough in structure to HGH to avoid stimulating an immune system response.

Can stimulate metabolism of fat cells that the role of obesity patients lack of HGH, however it is used for weight loss in clinical research results can lead to insulin resistance and glucose intolerance a HGH, adverse reactions of carbon end pieces of synthetic peptide drugs AOD - 9604 the period of clinical studies have shown that it has the effect of HGH stimulates fat cell metabolism, no adverse reactions, and can effectively reduce the weight of obesity patients

Oxytocin (Oxt) is a mammalian neurohypophysial hormone. Produced by the hypothalamus and stored and secreted by the posterior pituitary gland, oxytocin acts primarily as a neuromodulator in the brain.

Oxytocin plays an important role in the neuroanatomy of intimacy, specifically in sexual reproduction of both sexes, in particular during and after childbirth; its name, meaning "swift childbirth", comes from Greek, oksys "swift" and , tokos "birth." It is released in large amounts after distension of the cervix and uterus during labor, facilitating birth, maternal bonding, and, after stimulation of the nipples, lactation. Both childbirth and milk ejection result from positive feedback mechanisms.

Injected oxytocin analogues are used for labor induction and to support labor in case of difficult parturition. It has largely replaced ergometrine as the principal agent to increase uterine tone in acute postpartum hemorrhage. Oxytocin is also used in veterinary medicine to facilitate birth and to stimulate milk release. The tocolyticagent atosiban (Tractocile) acts as an antagonist of oxytocin receptors; this drug is registered in many countries to suppress premature labor between 24 and 33 weeks of gestation. It has fewer side effects than drugs previously used for this purpose (ritodrine, salbutamol, and terbutaline).