Common use cycle [use 2 weeks, stop 2 weeks] cycle use, or use continuously for 6-8 weeks

Original use to relieve asthma and various types of bronchospasm

Clenbuterol is an anti-asthma drug belonging to a very broad class of drugs, Clenbuterol is classified as an amine sympathomimetic. These drugs affect the sympathetic nervous system in several ways, primarily mediated by the distribution of adrenergic receptors. There are actually nine different types of these receptors, classified as alpha or beta, and further subdivided by type number. Based on their specific affinity for various receptors, these drugs could potentially be used to treat conditions such as asthma, hypertension, cardiovascular shock, arrhythmia, migraine and anaphylactic shock.

Most of the effects of catecholamines and sympathomimetics can be divided into seven broad categories:

(1) Peripheral excitatory effects on certain types of smooth muscle, such as glandular cells and glandular cells in blood vessels supplying the skin, kidneys and mucous membranes, such as salivary and sweat glands;

(2) peripheral inhibitory effects on certain other types of smooth muscle, such as those in the intestinal wall, bronchial tree, and blood vessels supplying skeletal muscle;

(4) Metabolic effects, such as increased rates of glycogenolysis in liver and muscle and release of free fatty acids in adipose tissue;

(5) Endocrine effects, such as regulation of insulin secretion, renin, and pituitary hormones;

(6) Behaviors of the central nervous system, such as respiratory irritation, and certain drugs, increased wakefulness and psychomotor activity and decreased appetite;

(7) Presynaptic action leads to inhibition or promotion of the release of neurotransmitters such as norepinephrine and acetylcholine.

Clenbuterol is a selective beta-2 sympathomimetic that primarily affects only one of the three beta-receptor subtypes, and it is of particular interest that clenbuterol has little beta-1 stimulating activity . Since beta-1 receptors are closely related to the cardiac effects of these drugs, clenbuterol may reduce reversible airway obstruction (the effect of beta-2 stimulation) compared to nonselective beta agonists, And has fewer cardiovascular side effects. Clinical studies with clenbuterol have shown that it is very effective as a bronchodilator, with few user complaints, high patient compliance, and clenbuterol has a very long half-life in the body, about 34 hours. This results in stable serum levels of the drug, requiring only one or two doses per day

In animal studies, clenbuterol has shown anabolic activity, which is clearly a very attractive property for bodybuilders. In addition, clenbuterol is a known thermogenic factor, and the use of beta-2 agonists such as clenbuterol can directly stimulate adipocytes and accelerate the breakdown of triglycerides to form free fatty acids. It has become a very popular fat loss drug among the bodybuilding crowd. For the human body, Clenbuterol can significantly promote the reduction of body fat, while increasing strength and muscle mass. Clenbuterol increases the protein synthesis and metabolism rate by increasing the nitrogen storage in the muscle and stimulating the body to release IGF-I, which makes the muscle faster. Growth, both in animal experiments and actual livestock use, can greatly improve lean meat production and reduce fat, but published in August 1995 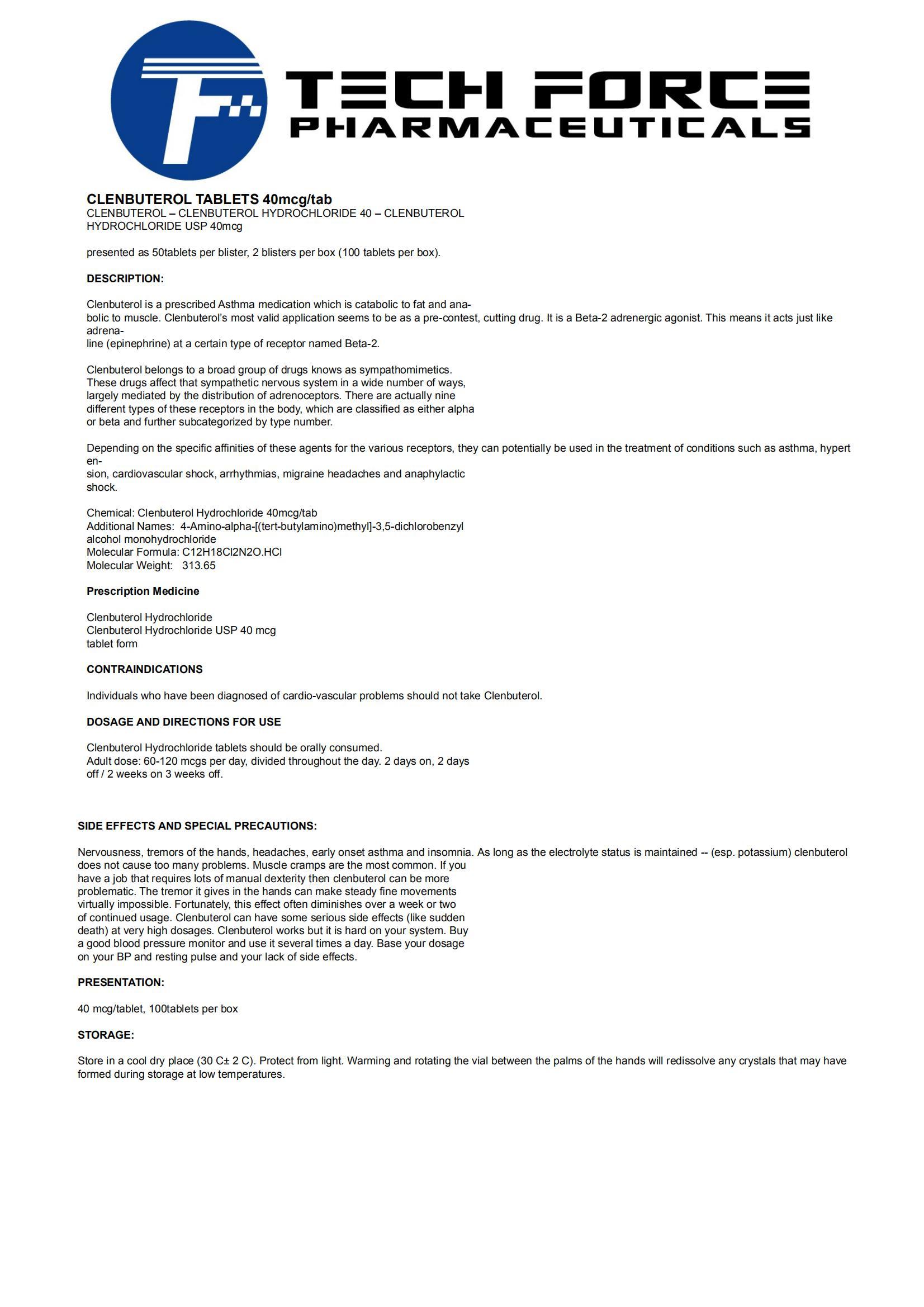