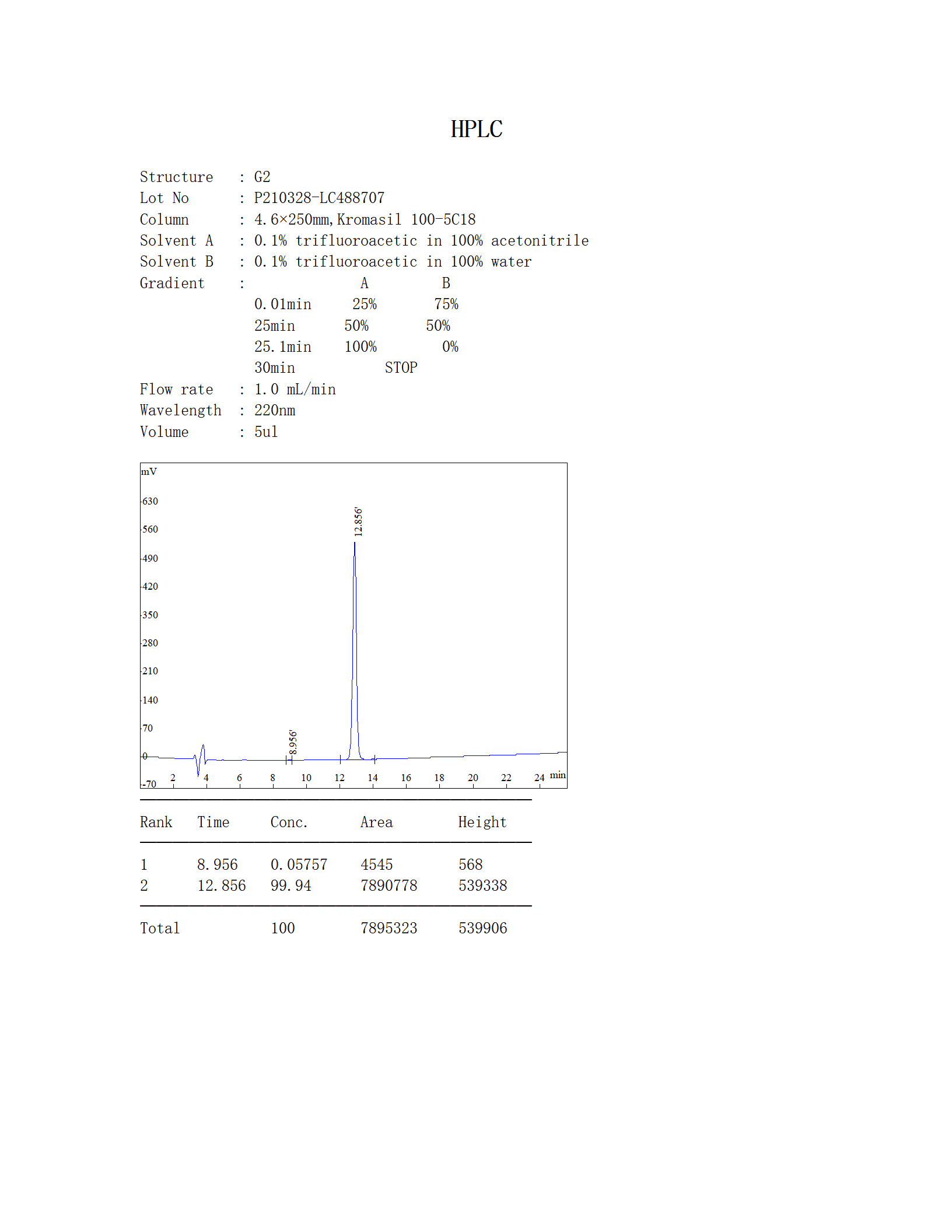 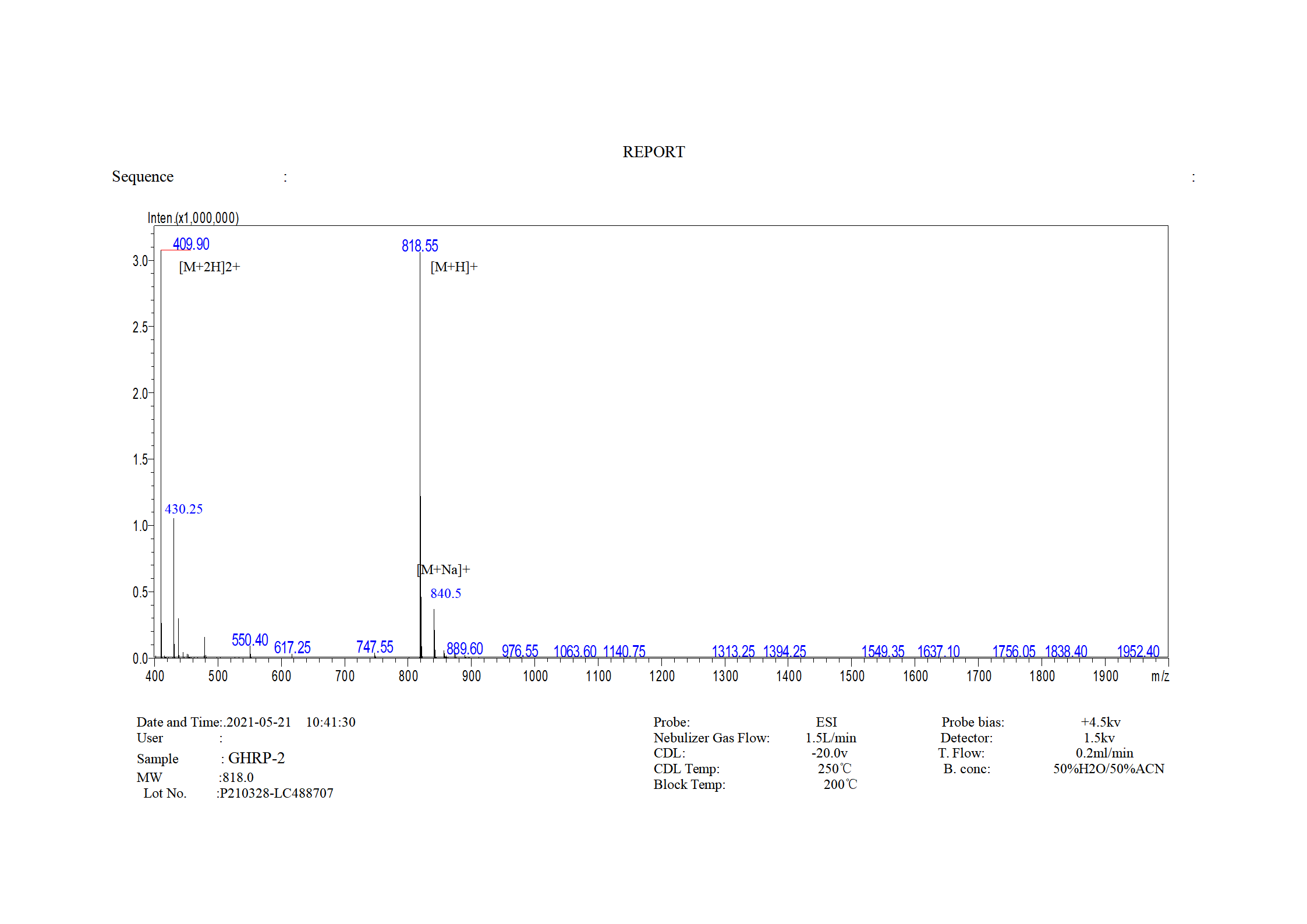 Ghrp2is a synthetic ghrelin analogue. Like ghrelin, it stimulates release of endogenous from somatotropes in the anterior pituitary; also like ghrelin, it is synergistic with endogenous releasing-ormone (GHRP) as well as with synthetic GHRH analogues such as Sermorelin or GRF(1-29). Whereas GHRP-2 and other ghrelin analogues increase the number of somatotropes involved in the GH pulse by inhibiting somatostatin, GHRH increases the pulse amplitude per pituitary cell or somatotrope by other means. Unlike ghrelin, GHRP2is not lipogenic meaning it does not induce fat storage. While ghrelin has a very important role in hunger, Ghrp2as an analog of ghrelin does not increase appetite significantly.

GHRP-2 (Hormones Releasing Peptide 2) is a secretagogue of the hexapeptide class. Sharing many similarities with GHRP-6, GHRP-2 is the first in this class of hormones, and in many circles, is considered the better choice between it and GHRP-6. It is often used alone but is almost always used with a Releasing(GHRH) such as PEG-MGF. The compound may also be commonly found under the names Pralmorelin or GHRP Kaken 100. However, in most pharmaceutical and performance based circles, it has in recent years been most commonly referred to as GHRP-2.

Releasing Peptide 2(GHRP2) substantially stimulates the pituitary gland's increased natural production of the body's own endogenous human. This therapy consists of daily periodic sub-lingual dosing.Peptide 2, GHRP2 has shown on it's own to robustly increase IGF-1 levels, and even greater results occurred when used with Growth Releasing (GHRH) to which also stimulates the pituitary gland to produce increased natural secretion. This also boosts

the hypothalamus function as well