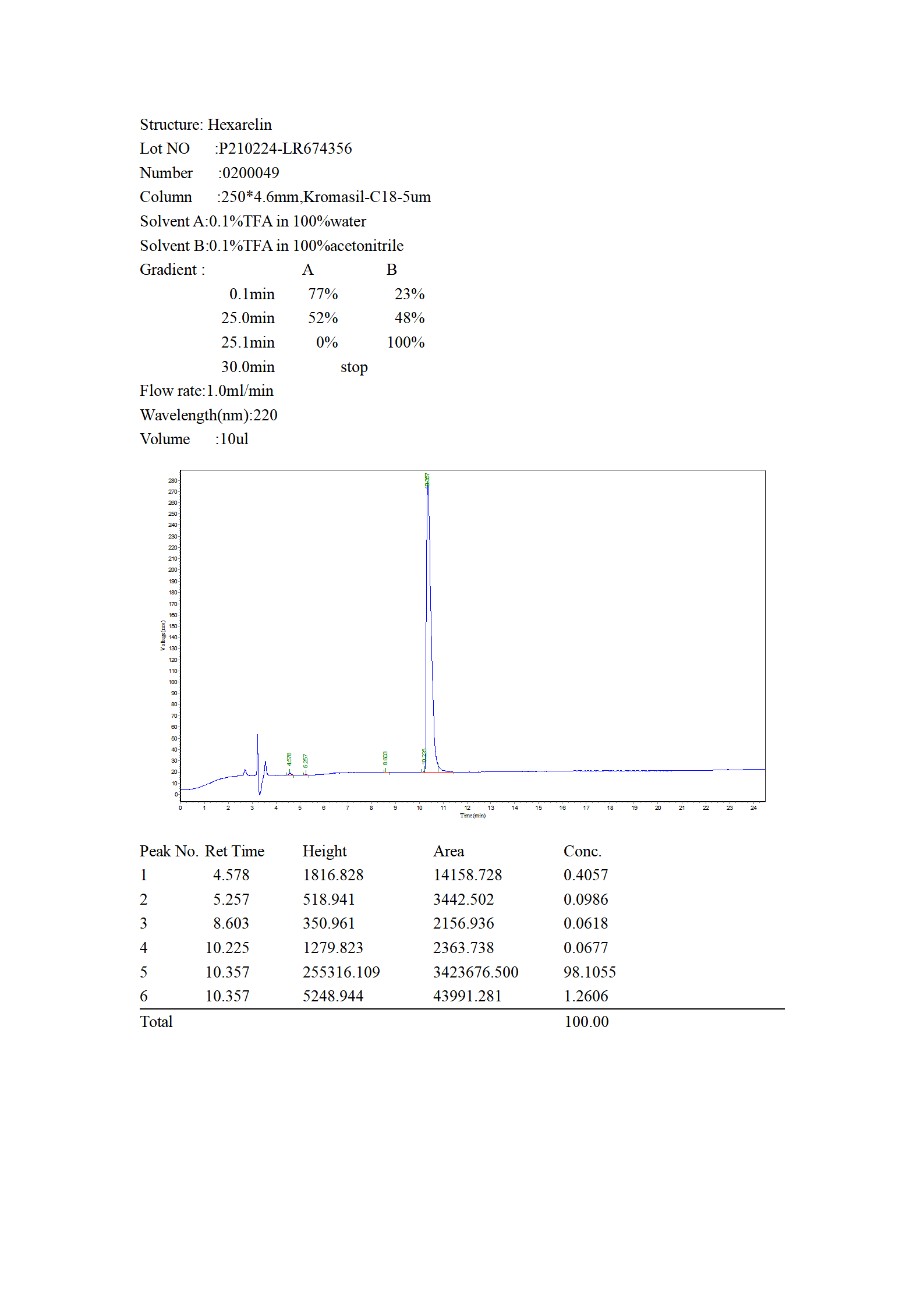 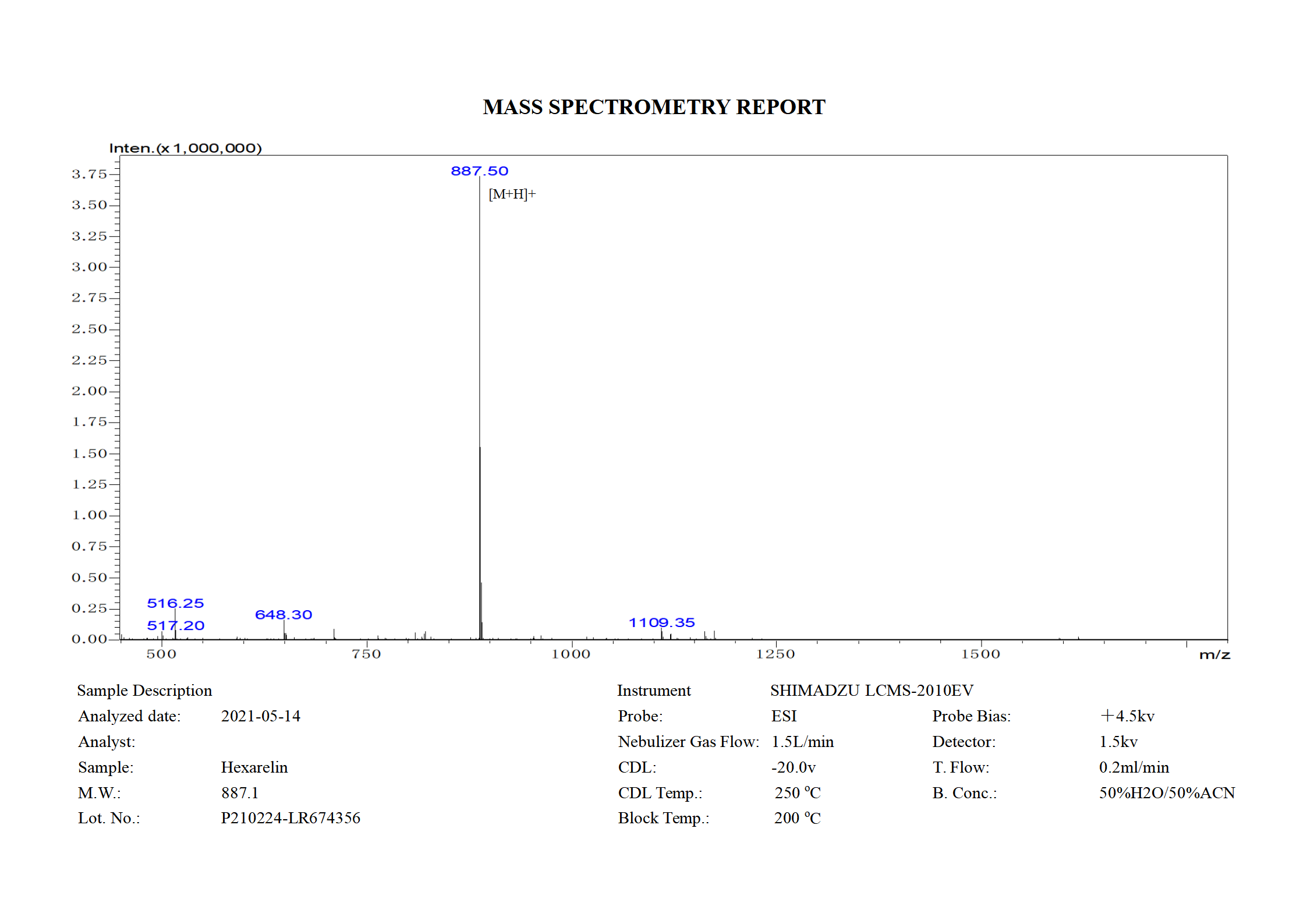 Examorelin, also known as hexarelin, is a potent, synthetic, peptidic, orally-active, centrally-penetrant, and highly selective agonist of the fhrelin/growth hormone secretagogue receptor and a growth hormone secretagogue which was developed by Mediolanum Farmaceutici. It is a hexapeptide with the amino acid sequence His-D-2-methyl-Trp-Ala-Trp-D-Phe-Lys-NH2 which was derived from GHRP-6. These GH-releasing peptides have no sequence similarity to ghrelin, but mimic ghrelin by acting as agonists at the ghrelin receptor.

The strongest pulse from a GHRP.