Original Use To treat conditions such as hypothyroidism

Urine clearance time is about 10 days

T3 thyroxine is a powerful fat-reducing drug. It belongs to the first-line fat-reducing drug with Clen Clenbuterol. Thyroxine is synthesized by the thyroid gland, and various products are produced during the synthesis and metabolism. Triiodothyronine (T3 for short) is a Among them, the most active one is directly synthesized by the thyroid gland, and can also be converted from T4 (four-point thyroxine). T3 (Cytomel) is a synthetically manufactured thyroid hormone. It consists of the L-isomer of the natural thyroid hormone triiodothyronine (T3). Thyroid hormones stimulate the basal metabolic rate in the human body and are involved in many cellular functions, including protein, fat, and carbohydrate metabolism. Thyroxine T3 is medically used to treat hypothyroidism (the inability of the thyroid gland to produce adequate levels of T3), T3 is the most active thyroid hormone in the body,

Many athletes are attracted by the fat-reducing effect of T3, because it can increase metabolism and cause body fat decomposition, and the effect is remarkable, and it has become the most commonly used drug during competition preparation or fat loss. The improvement of basal metabolism after using T3, You can lose fat while eating more calories than usual. To this end, the drug is also often used with other fat-loss medications such as HGH or other beta agonists. Some users also believe that low doses of T3 can increase the anabolic effects of steroids. While in theory these drugs might support greater use of protein and carbohydrates for muscle growth, they have not been widely proven or used for this purpose.

The first drugs, including T3, were technically thyroid extracts, first given to patients with myxedema (a skin condition associated with hypothyroidism) in 1891, natural thyroid extracts containing therapeutically useful thyroid Hormones T3 and T4 levels, and were widely used in medical practice for more than 60 years until in the 1950s, these drugs slowly began to give way to newer synthetic thyroid drugs, Cytomel (T3) and Synthroid (T4), which The dosage and effect are consistent, and it is more suitable for consumers than animal-derived T3 and T4. Although both T3 and T4 are currently widely available in the United States and abroad, T3 represents only a small portion of the global thyroid drug market, and given its potent and rapid action, T3 remains a popular thyroid drug for bodybuilders and athletes to this day. Cytomel® is the most well-known drug name for T3. 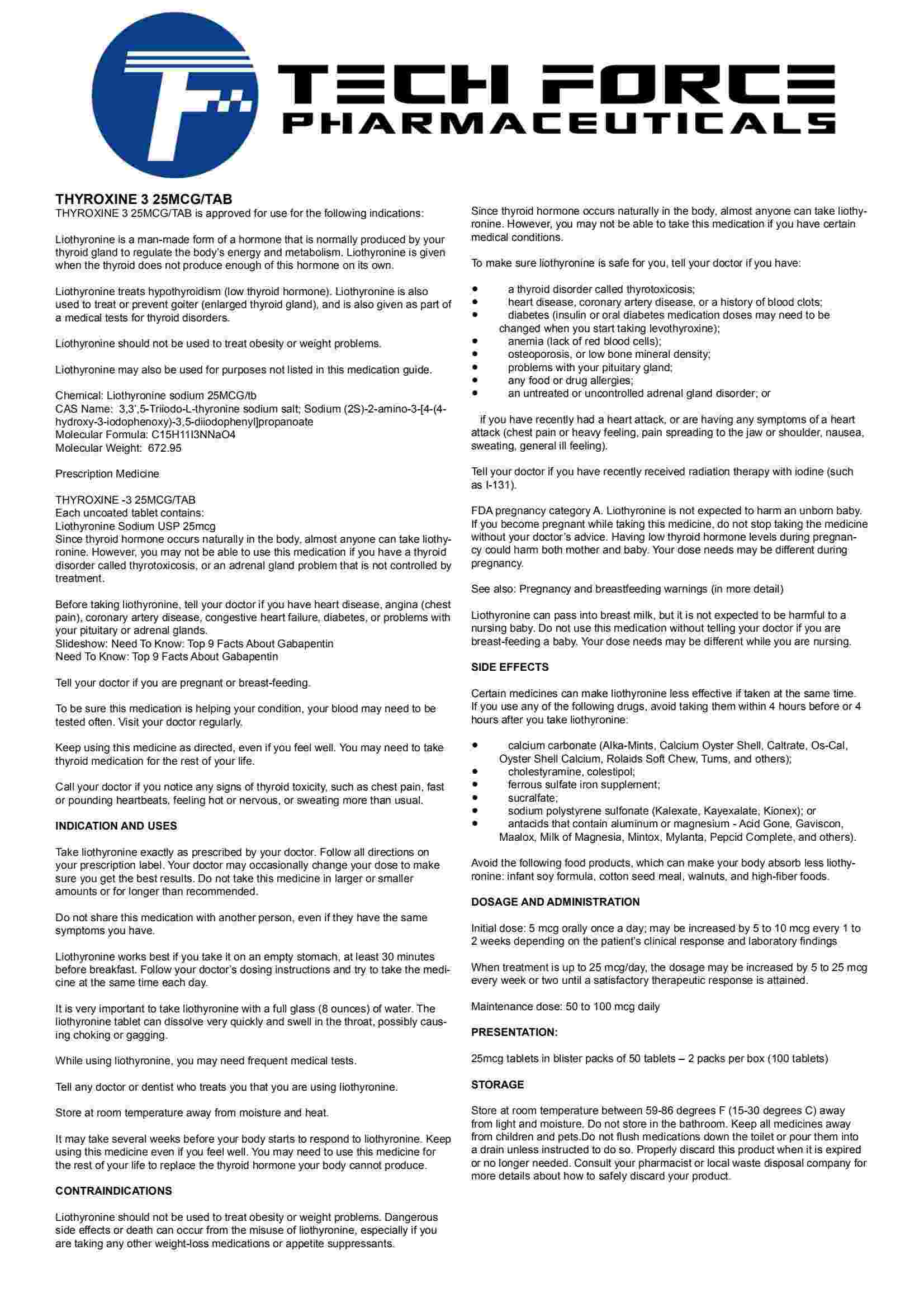