1.Triptorelin, a decapeptide (pGlu-His-Trp-Ser-Tyr-D-Trp-Leu-Arg-Pro-Gly-NH2), is a gona-dotropin-releasing hor-mone agonist (GnRH agonist) used as the acetate or pamoate salts. By causing constant stimulation of the pituitary, it decreases pituitary secretion of gona-dotropins luteinizing hor-mone (LH) and follicle stimulating hormone (FSH). Like other GnRH agonists, triptorelin may be used in the treatment of hormone-responsive cancers such as prostate cancer or breast cancer, precocious puberty, estrogen-dependent conditions (such as endometriosis or uterine fibroids), and in assisted reproduction. It is also used as therapy in cases of gender dysphoria.

3.Triptorelin is a man-made form of a hormone that regulates many processes in the body. Triptorelin overstimulates the body’s own production of certain hormones, which causes that production to shut down temporarily.

Triptorelin may also be used for purposes not listed in this medication guide.

Although triptorelin is not for use by women, this medication can cause birth defects and should not be used by a woman who is pregnant or who may become pregnant. 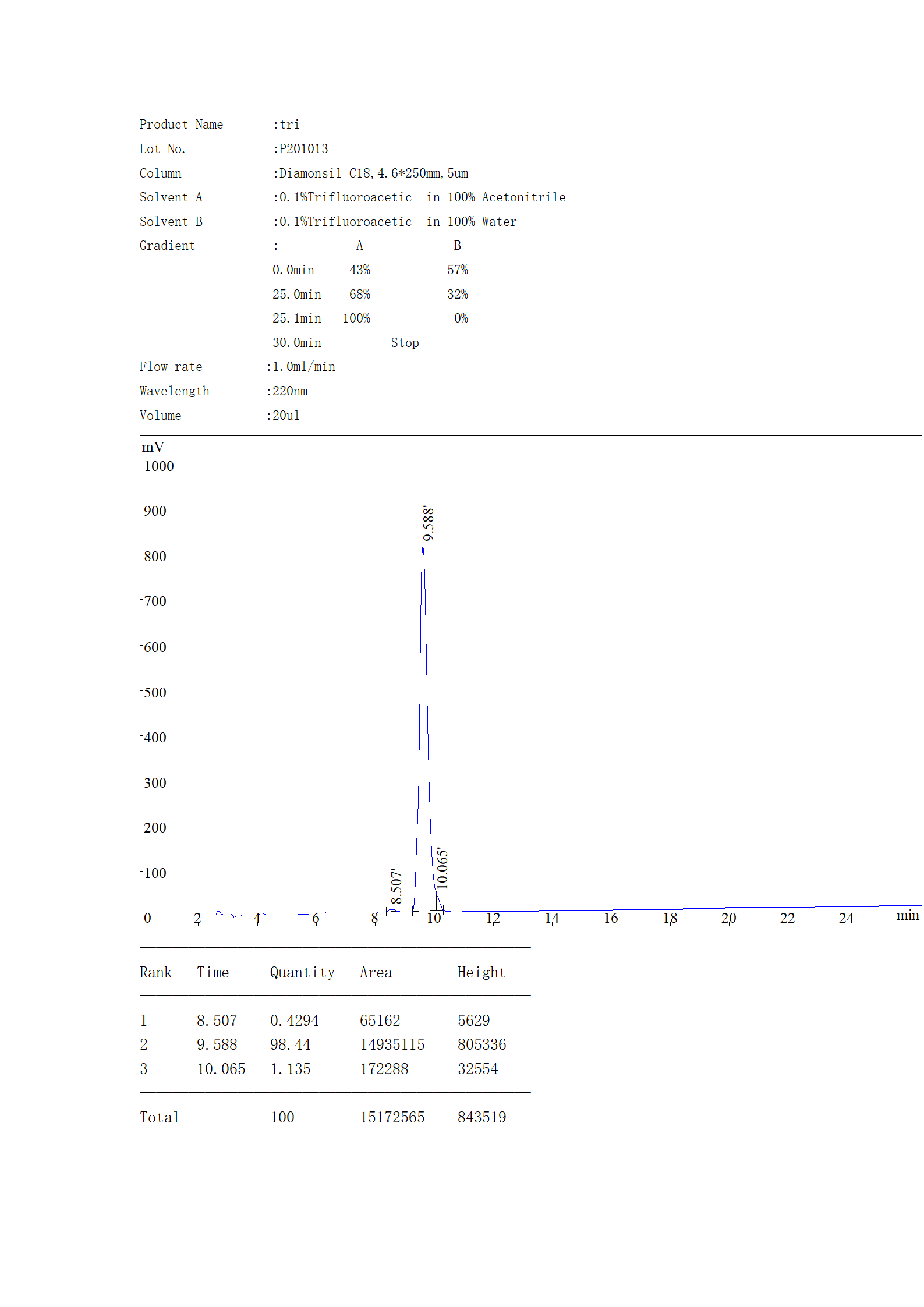